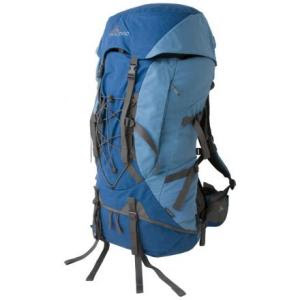 In 1973, 19-year-old Bruce McIntyre left university after a year of studying psychology, sociology and political science. His vision: Simply to make backpacks that were better and cheaper than what else was available.“I had no capital of my own, but my parents loaned me $2,000 to buy Charlie McCormick's brand (Macpac) and machinery, and they put up their house as collateral so I could secure a $700 overdraft from the bank.”

Bruce started off with his own designs, and a spirit of collaboration. In 1975 a group of young men from the Canterbury Mountaineering Club (CMC) were heading into the South American Andes on an expedition at the time. According to Bruce, “I said I’d make them all backpacks if they’d work with me on the design.”

The pack that emerged from this development was New Zealand’s first internal frame climbing pack – the Torre Egger. Many of its features have since been copied around the world; at the time they were new and innovative.

“We had the first bungy cord attached to the packs because one of the guys had said he wanted to attach his crampons to the outside of the pack.”

Macpac’s collaboration between pack designer and experienced mountaineers set an example that Macpac continues to follow today. The comprehensive testing programme leverages the experience of partners in the mountains who Macpac trusts to push its gear to its limits and beyond.

The company’s design philosophy also places an extremely high value on feedback, not only from athletes and adventurers, but all Macpac customers around the world.

The benefits in this combination of partnership and innovation are seen in hundreds of letters from loyal customers and coverage from gear testers. Some examples of the praise that has been published around the world in 2007 alone include: “Britain’s Toughest Test,” by UK’s Trail magazine, awarded Macpac’s Vamoose child carrier BEST IN TEST among tough international competition.

“All of our competitors went to Asian manufacturers a long time before we did – which was fine for them. We really resisted it because we had a very good manufacturing facility here with great people. But then the New Zealand dollar got very strong,” and soon “it was either shift our manufacturing or go out of business.

Macpac’s focus on “making high quality things that work” remains steadfast – “I never liked things that broke down,” says McIntyre, who still mows his lawns with a hand mower for this reason.

In 2008, Bruce is building a new school in Christchurch, New Zealand, and he has trusted the future of Macpac with new owners Campbell Junor, Pierre van Noorden and Bernie Wicht. These three men share Bruce's commitment to premium quality and design leadership, which have made Macpac a brand deeply trusted around the world by people who are serious about their outdoor experiences.
Posted by China Stone at 11:19 PM

Backpack123.com is a website dedicated to provide people with latest backpack news and report the fashion style of backpacks.